Energy security is like insurance: you don’t think about it till you need it. With the Line 5 dispute, Canada is again being reminded of its lack of insurance when it comes to oil security.

Running under the Straits of Mackinac in Michigan, the 540,000-barrel-a-day pipeline is vital to the energy needs of Ontario and Quebec. Its closure will have negative economic consequences. For more on that, see Massive and potentially permanent disruption: Canada’s bleak view of Line 5 closure.

This isn’t the first time Central Canada has had to contemplate oil shortfalls thanks to the absence of east-west connectivity. Whenever we’re reminded of the country’s lack of self-sufficiency, we think of the Kimon. During the 1973 Arab Oil Embargo, the tanker transported oil from Vancouver through the Panama Canal up to Maine, where it made its way to Quebec via pipeline.

Since then, Canada’s oil security hasn’t improved. And if Line 5 gets shuts down, Ontario and Quebec will have to rely on circuitous and inefficient ways of getting their oil — for example, tanker trucks, rail cars and potentially even the voyage made by the Kimon.

How can we start building a more energy-secure future for the country? See Peter’s latest Financial Post column: Line 5 fiasco: Add Michigan’s Straits of Mackinac to the list of the world’s oil chokepoints. 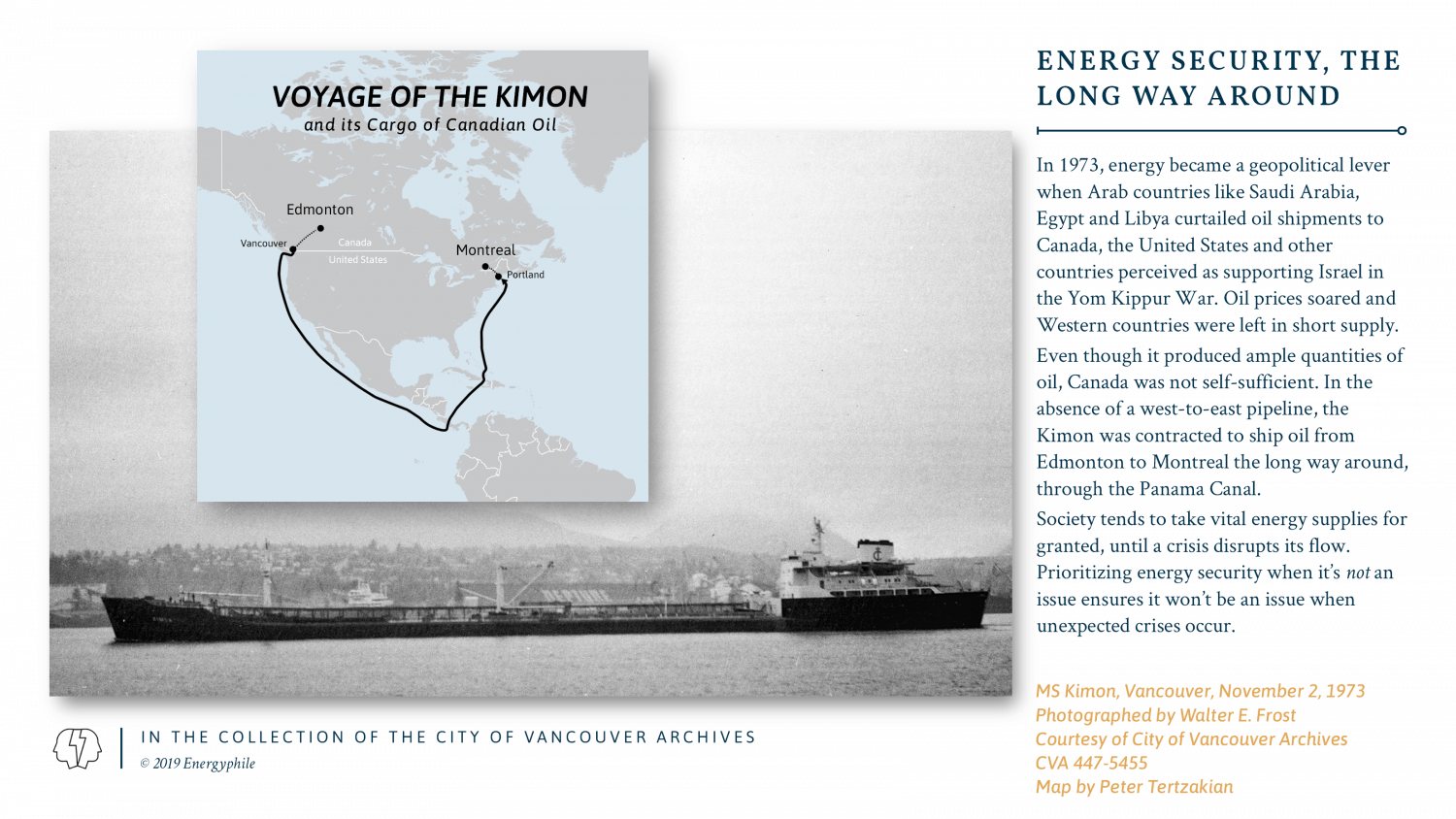